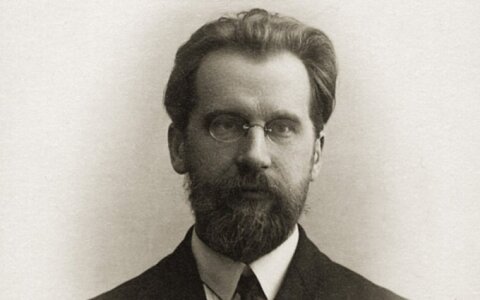 The remains of Mykolas Biržiška, one of the twenty signatories of Lithuania's 1918 declaration of independence, was reburied in Vilnius on Wednesday.

The signatory, whose remains were flown earlier this week from the United States, was buried in the capital's old Rasos Cemetery, next to Jonas Basanavičius, chairman of the Council of Lithuania which signed the independence act of February 16, 1918.

Among those present at the reburial cer