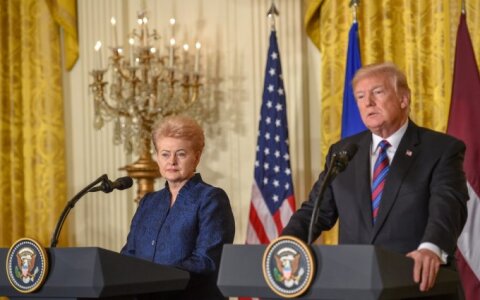 "There's certain tension regarding NATO funding, and we partly support the American president's view that many NATO countries should invest more into their and also collective defense," the president said in an interview with the national radio LRT, aired on Wednesday.