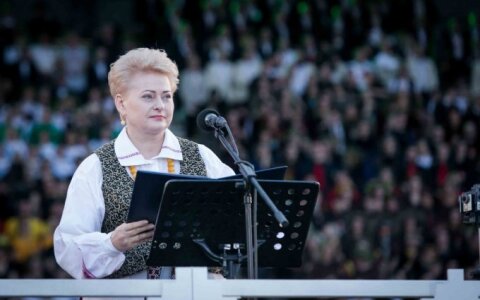 On a 10-point scale where 10 is the best score, Grybauskaitė, whose second term in office will end next year, was given 7.94 for her overall performance as president.

The president scored 7.42 for her foreign policy, according to the poll carried out by Spinter Tyrimai on June 19 to 27.