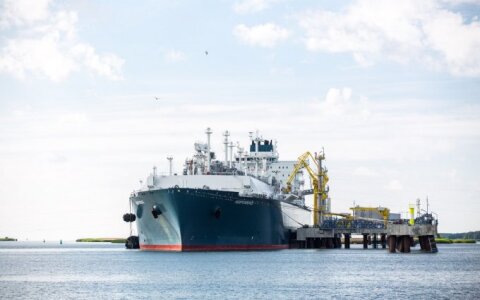 With the Lithuanian government due to decide on the future of the Klaipėda liquefied natural gas (LNG) terminal, businesses call on the authorities to look for ways to lower the terminal's costs for gas consumers and energy experts say that these costs will go down and that the floating storage and regasification unit (FSRU) will remain useful to the country in the future as gas will play an increasingly important role.

Linas Sabaliauskas, CEO of Achemos Grupė, which pays around a fourth of the terminal's maintenance costs, has doubts as to how much the LNG terminal has actually contributed to a decline in gas prices in Lithuania, saying that not all of the goals set for the project have been reached.