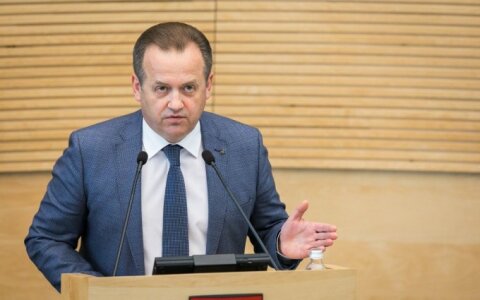 Lithuanian MP Artūras Skardžius, a member of the Social Democratic Labor Party political group in the Seimas, has avoided impeachment after the parliament on Saturday endorsed the conclusions of a special commission, stating that there's no basis for the impeachment procedure.

67 lawmakers voted in favor of the conclusions, 33 were against and 13 abstained.

Agnė Širinskienė, chair of the impeachment commission, said the commission's decision was mainly based on the conclusion of a pre-trial investigation. And law enforcement institutions have found no evidence