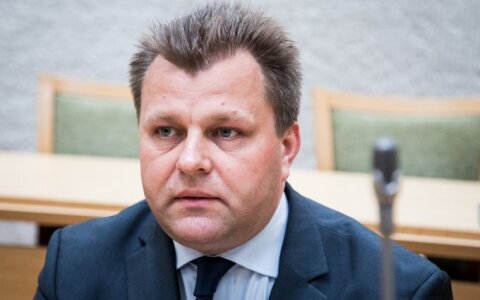 MP Mantas Adomėnas has left the political group of the opposition Homeland Union–Lithuanian Christian Democrats in the Seimas following his expulsion from the conservative party.

Adomenas joins the group of non-attached members in the Seimas, it was announced during the parliament's plenary sitting on Tuesday.

The Homeland Union's Supervision Committee two weeks ago expelled Adomėnas from the party over his links to MG Baltic, one of the country's biggest business