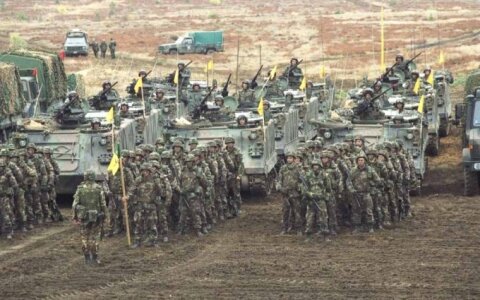 A record-high number of people in Lithuania trust the country's army, the latest survey has revealed, with almost 60 percent trusting the armed forces.

"The army's result is the highest in 13 years," said Vladas Gaidys, head of the public opinion and market research company Vilmorus.

"Trust in the army and police is high in all democratic countries, they enjoy good evaluati