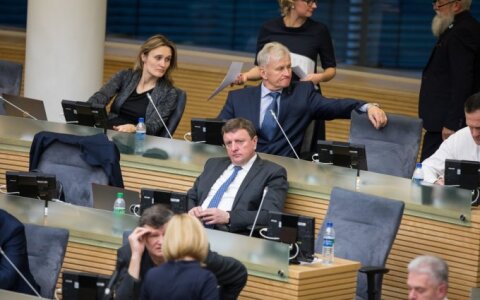 If general elections were held in Lithuania now, the opposition Liberal Movement would fail to cross the minimum barrier stipulated by the law, a new survey shows.