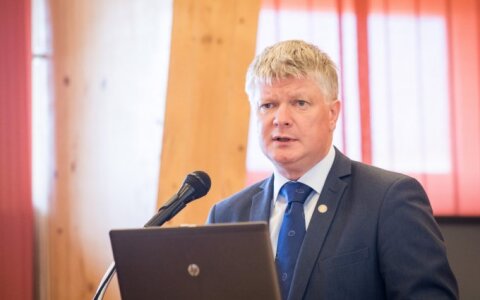 Lithuania's Environment Minister Kęstutis Navickas on Tuesday survived an opposition-initiated interpellation against him after lawmakers voted in favor of his answers.

65 Seimas members voted in favor, 34 were against and 11 abstained.

Answering lawmaker's questions on Tuesday, Navickas linked the interpellation against him, initiated by the Social Democrats, with an investigation in the southern city of Alytus into the disappearance of timber.