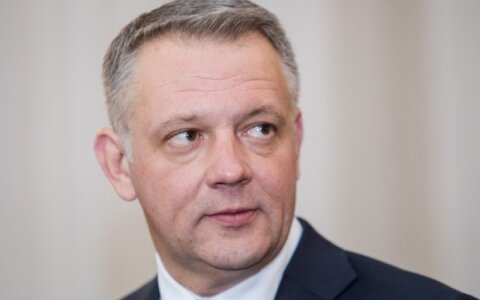 Justas Laucius, the prosecutor representing the state in the MG Baltic political corruption case, has asked Vilnius Regional Court to extend the property rights restriction for Eligijus Masiulis, one of the defendants in the case, to use the 242,400 euros that were found at his home during a search.

The prosecutor is asking the court to extend the restriction until the case is heard, as the money could have the characteristics of seizable assets.

Apart this amount, the prosecutor is also asking to impose temporary restrictions on 130 British pounds and 1,600 US dollars.