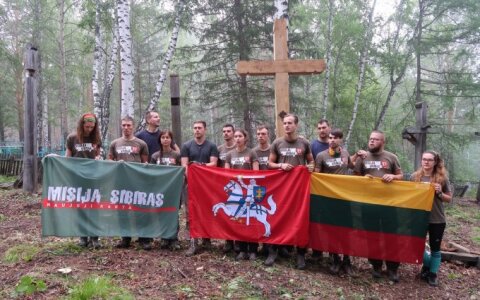 Over a thousand people in Lithuania took part in the readings in ten cities of the names of more than 100,000 people who were deported by the Soviets or imprisoned for political reasons as Lithuania marked the Day of Mourning and Hope on Thursday.

The readings were organized by project Mission Siberia and took place in ten Lithuanian cities and took almost 24 hours – from Thursday's midday until Friday morning – in Vilnius, Kaunas and Klaipėda.