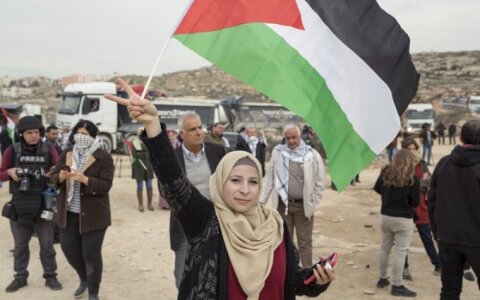 Lithuania abstained from voting in the UN General Assembly on a resolution condemning Israel for Palestinian deaths in the Gaza Strip.

The resolution was passed on Wednesday night with 120 votes in favor, 8 votes against and 45 abstentions.

At least 129 Palestinians have been killed by Israeli fire in protests near the border with Gaza in recent months.

The Arab-backed resolution condemns Is