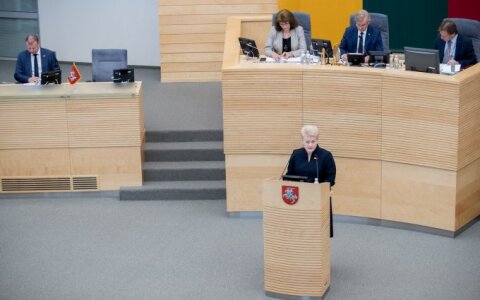 A high-profile corruption case has revealed an "unseen Lithuania" where efforts are continuing to sell the state and take control of it, President Dalia Grybauskaitė said in her annual State of the Nation Address to the Seimas on Tuesday.

In the president's words, one has mixed emotions when thinking about Lithuania.

"We see the amazing creation of Freedom that is admired by the entire world and that fills us with pride – in less than three decades, we have transformed Lithuania into a truly independent state," Grybauskait