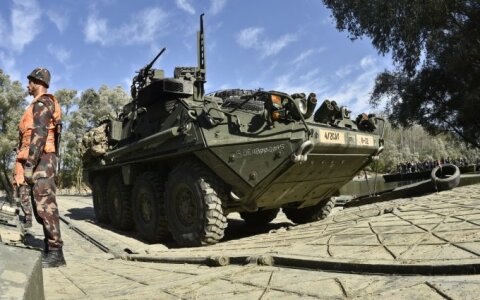 Two NATO troops were injured in a crash in Švenčionys Distict, eastern Lithuania on Sunday when their ATV overturned.

According to Lithuania's Police Department, two NATO troops were taken to a Vilnius hospital at around 5 p.m. and hospitalized. One of the troops, born in 1982, suffered a concussion and multiple bruises. The second soldier, born in 1985, also suffered multiple bruises and a wound to his head.