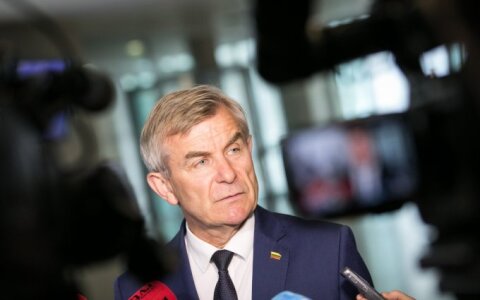 Lithuanian President Dalia Grybauskaitė's decision to put the Council of Europe's Convention on Preventing and Combating Violence Against Women and Domestic Violence (Istanbul Convention) before the country's parliament for ratification was "a nice gesture", Speaker of the Lithuanian Seimas Viktoras Pranckietis says, but does not promise his vote for it.

"It's a very modern step since Lithuania is hosting a convention of the world's women political leaders, and it's such a nice gesture on the part of the president," Pranckietis told journalists on Friday.

Asked on the prospect of the convention's ratification in the Seimas, he said the parl