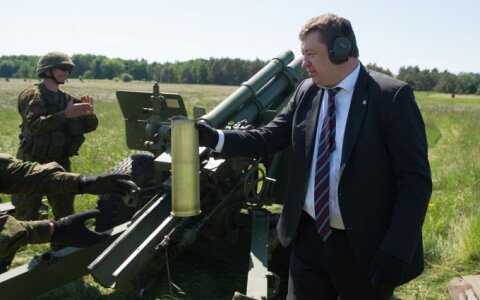 Lithuanian Defense Minister Raimundas Karoblis has welcomed NATO's agreement to set up two new NATO command centers in the US and Europe, calling for another command center in the Alliance's eastern flank.

"NATO's adapted Command Structure and the decision to boost the readiness of forces will ensure a rapid and smooth movement of troops across the Atlantic and in Europe in the event of a crisis or conflict and will enable the forces to be ready to respond immediately and without delay," he said at