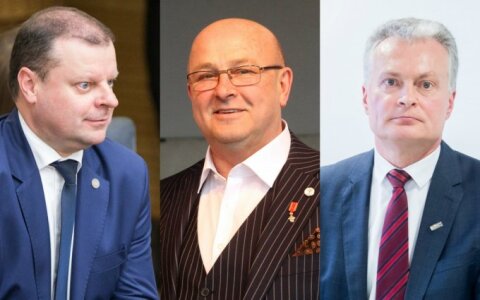 Recent scandals in Lithuania over links between politicians and businesses have affected potential presidential candidate rankings, with the number of undecided voters jumping by around 8 percentage points in a month, according to the latest opinion poll released by Delfi.lt on Friday.

Some 18.3 percent of those polled by Spinter Tyrimai on May 22 to 29 said they did not know whom they would vote for, up from 10.2 percent who said so in April.

The top three names on the list of potential candidates for Lithuania's presidency remains unchanged.