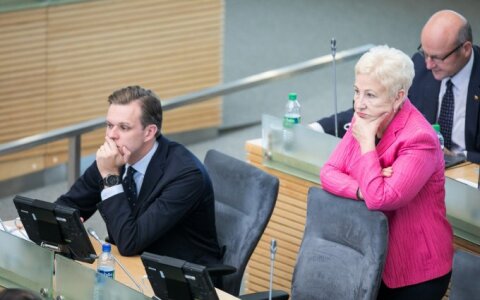 The Homeland Union–Lithuanian Christian Democrats would receive the most votes in parliamentary elections, but the Liberal Movement, another opposition party, would not clear the 5 percent hurdle required to enter the Seimas, according to an opinion poll released on Thursday.

The ruling Lithuanian Farmers and Greens Union (LVŽS) remained in second position and the Labor Party saw the largest increase in popularity compared with a month ago, the latest poll conducted by the pollster Spinter Tyrimai for Delfi.lt showed.

Some 17.8 percent of respondents said in Ma