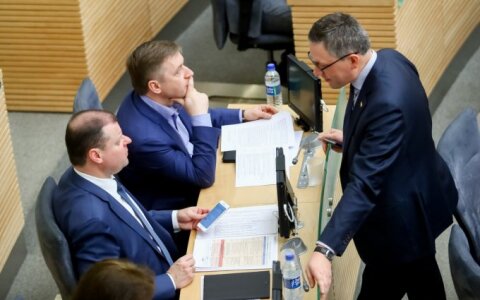 The leader of the ruling Lithuanian Farmers and Greens Union (LVŽS) expects the Seimas to set up a new parliamentary commission to continue the Committee on National Security and Defense's (NSGK) investigation into interest groups' influence on political processes.

"I've no doubt that the investigation will be continued after (the Seimas) approves the conclusions of the (NSGK) investigation," Ramūnas Karbauskis told reporters on Tuesday.

The LVŽS chairman said that many topics were not covered in the committee's probe.

"I believe a parliamenta