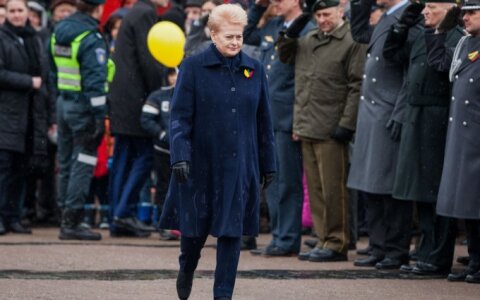 Carried out earlier this month, the Vilmorus poll for the Lietuvos Rytas daily revealed that 55.7 percent of people in Lithuania have a favorable opinion about the president and 27.5 percent have a negative one. A month earlier, the numbers were 66.5 and 18.5 percent respectively.