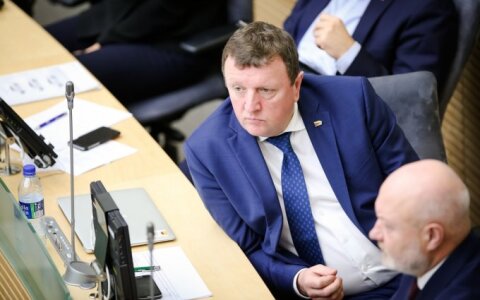 Vitalijus Gailius, a member of the opposition Liberal Movement, says he disagrees with the State Security Department's claims that he's a favorable person for the MG Baltic business group.

"I don’t know why I'm favorable, if I have turned to both prosecutors, and ministries regarding some objects this company was interested in, and the prosecution service defended the public interest, and this legal entity lost in court. I'm really not favorable, if someone thinks that, they shou