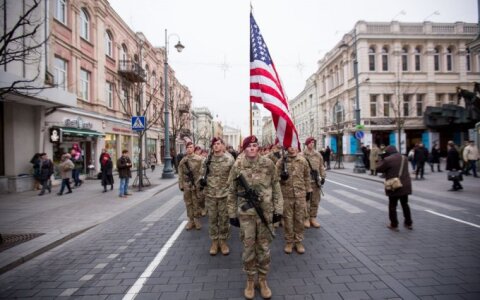 US Troops on the Gediminas Av. in Vilnius
Foto: DELFI / Domantas Pipas
aA

The Baltic countries are asking for NATO's multinational battalions deployed to the region to be reinforced with air and naval forces, Lithuanian Foreign Minister Linas Linkevičius said.

Linkevičius and his Latvian and Estonian counterparts on Wednesday discussed this issue with John Bolton, US President Donald Trump's new national security adviser.

"We now have forward-presence forces, and the limited, but multinational contingent is support for our security. We are speak