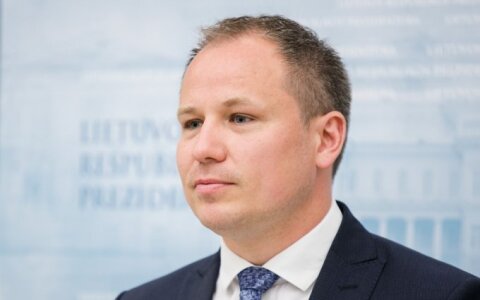 Giedrius Surplys was on Tuesday sworn in as Lithuania's agriculture minister, becoming the country's first post-independence minister without any previous links to the agriculture sector.

The new minister's fellow party members praise him as a trustworthy team member, but observers might have questions regarding his membership in other political parties.

On the personal front, he's a father-of-three, a practicing Christian who loves playing chess.