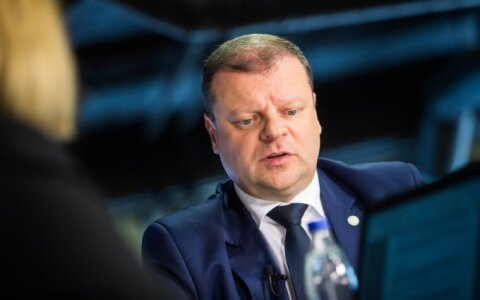 Amid a parliamentary investigation into business groups' possible influence on political processes, Lithuanian Prime Minister Saulius Skvernelis says that he sees no grounds for taking drastic measures against media organizations controlled by large businesses and calls for relying on the media's self-regulation bodies.

"Let's not rush until we have the committee's findings. If some problem areas are revealed, as far as the media are concerned, decisions that will have to be taken or could be taken should not be tough or drastic," Skvernelis told reporters on Monday.

"I believe, however, that the media wil