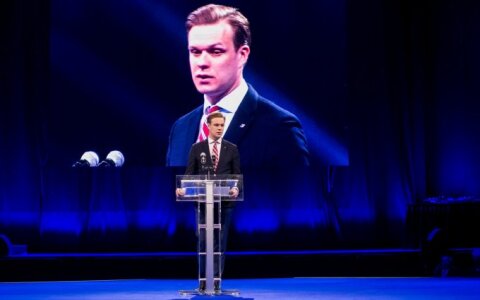 "The party system's fragility is causing concern, as well as large businesses founding parties like puppets. One blurred party was founded, another was divided, and we also have a judicial process which is pulling the whole political system down," Landsbergis told the party's convention on Saturd