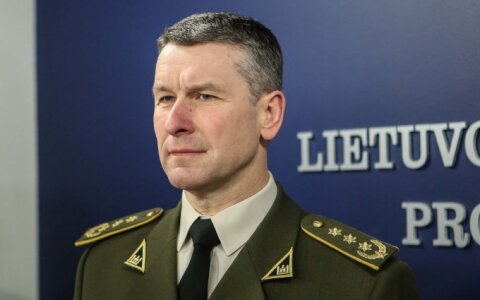 There's a growing need for Lithuanian troops to speak German amid growing cooperation between the Lithuanian and German armies, Brigadier General Valdemaras Rupšys, commander of Lithuania's Land Force, said after meeting with his German counterpart Lieutenant General Jorg Volldemer in Vilnius on Thursday.

"We see a growing need for Lithuanian troops to be able to speak German as it would greatly improve our ability to integrate into the German army's joint staffs," Rupšys was quoted as saying in a statement.

In his words, there are plans already to send Lithuanian officers for a three-year