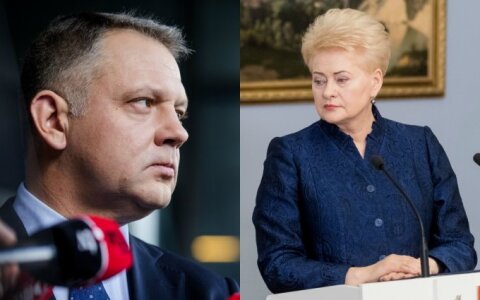 "I don't think there's anything to investigate. I don't see any reason for any legal responsibility, and I think that the story is basically over," Skvernelis told reporters on Thursday.

"We need to focus on the most important issues for our state," he added.

The Seimas Committee on L