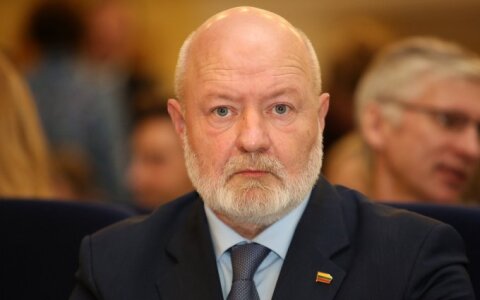 "I categorically deny that the party was founded and that several thousand people joined it against their will but under somebody's influence, by somebody's order. The VSD should not say things like that," Gentvilas told journalists at the parliament.