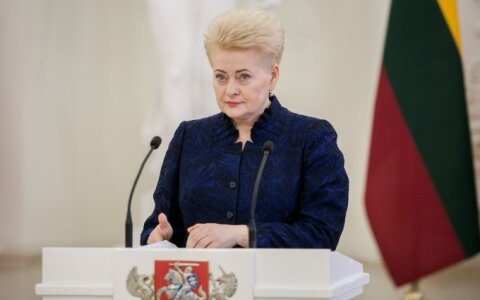 The replacement of certain heads of law enforcement and intelligence institutions before 2016 led to a more drastic and effective fight against corrupt interest groups' influence on political processes, Lithuanian President Dalia Grybauskaitė says.

In an interview with the Lithuanian Radio on Tuesday, the president said she had been informed about possible signs of corruption and illicit influence on the political system. But, Grybauskaitė stressed, "knowing the fact is not enough as you need evidence for a case and a pre-trial investigati