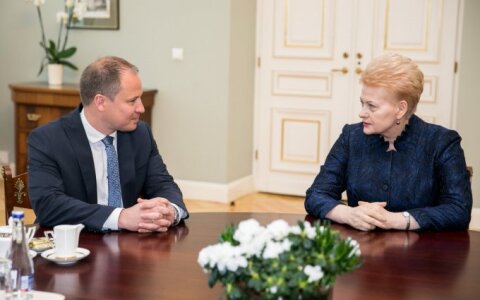 Lithuanian President Dalia Grybauskaitė will make her decision regarding the appointment of Vice Minister of the Interior Giedrius Surplys, 37, for minister of agriculture shortly, her aid says.

"The president will make her decision soon," Lina Antanavičienė said after the president's meeting with Surplys.

In the aide's words, the meeting mainly focused on negotiations on the harmonization of European direct payments to farmers, as well as on the consolidation of institutions und