PM sees no grounds for Seimas commission over president's emails 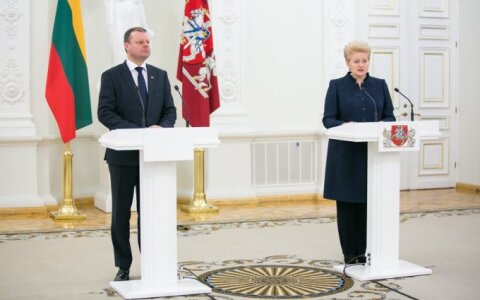 Lithuanian Prime Minister Saulius Skvernelis says that he sees no grounds, at least for now, for opening a parliamentary investigation into President Dalia Grybauskaitė's email exchanges with Eligijus Masiulis, a former Liberal Movement leader suspected in a political corruption case.

"Setting up yet another inquiry commission and getting practically all branches of government involved into such a spiral isn't very beneficial to the state," Skvernelis said on the Žinių Radijas radio station on Thursday morning.

"But that's my opinion at the moment. We'll see what happe

PM sees no grounds for Seimas commission over president's emails