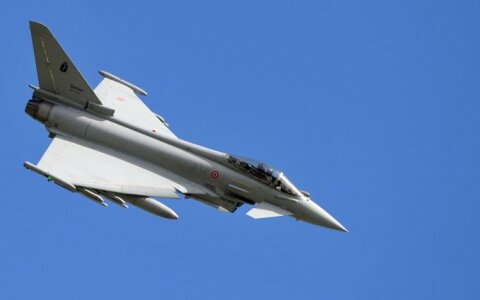 Ten NATO air-policing fighters will patrol Baltic airspace from the Šiauliai airbase in Lithuania and another four from Estonia's Amari base in the next four months, the Lithuanian Defense Ministry said on Wednesday.

Portugal, which leads the 47th NATO Baltic air-policing mission, has deployed four F-16 fighters to Siauliai and Spain has augmented the mission with six Eurofighter Typhoons at the airbase in northern Lithuania. France will conduct the mission with four Mirage 2000-5 fighters at Amari.