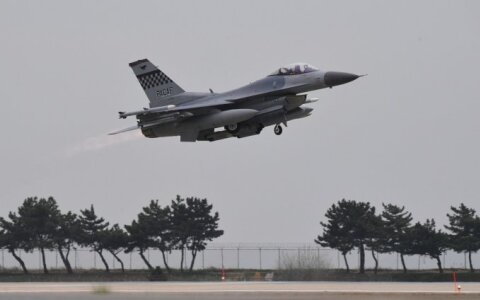 A Danish Air Force detachment is this week handing over NATO's Baltic air-policing mission to Portugal and Spain after completing its four-month rotation.

Portugal, which will head the mission, will patrol the Baltic skies with four F-16 fighters-jets, the Lithuanian Defense Ministry said in a press release on Monday.

Spain will augment the mission by deploying six Eurofighter Typhoon aircraft to the Šiauliai airbase in northern Lithuania, a