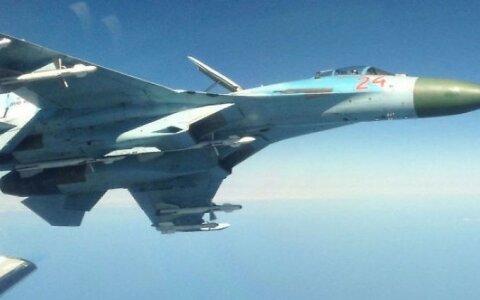 The Alliance's jets on Apr. 26 intercepted two SU-35 Russian fighters and one Su-24 attack aircraft flying from mainland Russia in international airspace over the Baltic Sea.

The group had their onboard transponder off, kept no radio contact with the regional air traffic control center and