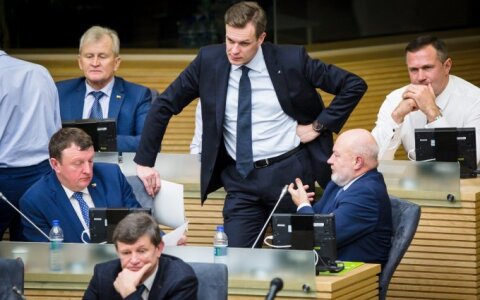 Agriculture Minister Bronius Markauskas would have done less harm to his own reputation and to the ruling party's reputation had he stepped down earlier, opposition lawmakers said on Wednesday.

"I think the minister did a very great harm. Had he left earlier, (public) confidence in the government, in the prime minister and the Seimas would have been less affected," Gabrielius Landsbergis, the leader of the conservative Homeland Union–Lithuanian Christian Democrats, told BNS.