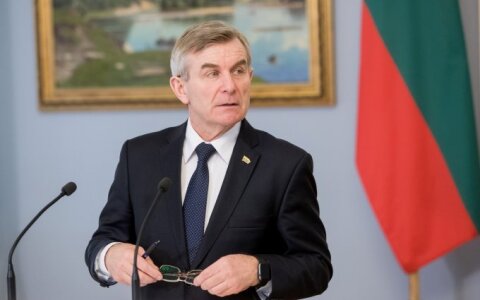 Speaker of the Lithuanian Seimas Viktoras Pranckietis believes Prime Minister Saulius Skvernelis will later on Wednesday not call on Agriculture Minister Bronius Markauskas to step down after he came under fire for the circumstances surrounding his family's farming.

In his words, the only way to sack the minister could be an interpellation by the opposition. But the outcome of this process could probably be favorable to the agriculture minister.