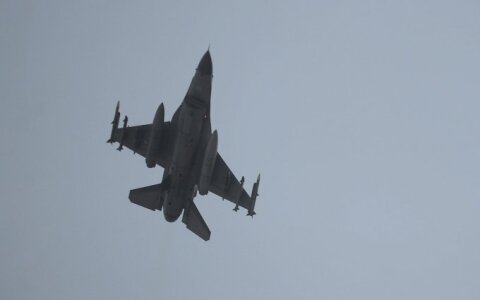 NATO fighter-jets patrolling Baltic airspace were scrambled once last week to identify and escort a Russian military aircraft in international airspace over the Baltic Sea, the Lithuanian Defense Ministry said on Monday.

The Alliance's jets on Apr. 16 intercepted an IL-20 reconnaissance aircraft flying from mainland Russia to the Kaliningrad region.

The plane had its onboard transponder off, but kept radio contact with the regional air traffic control center and had a flight plan.