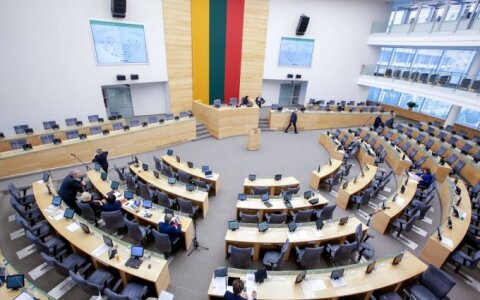 People in Lithuania traditionally trust fire fighters, the police and the army, and don't trust political parties, the Seimas and the government, according to the latest survey, carried out by the Vilmorus pollster for the Lietuvos Rytas daily, published on Saturday.

According to Vilmorus director Vladas Gaidys, the percentage of those trusting political parties, the parliament and the government is the lowest since the last Seimas election held in October, 2016.

„The three institutions with a negative balance include parties, the Seimas and the gover