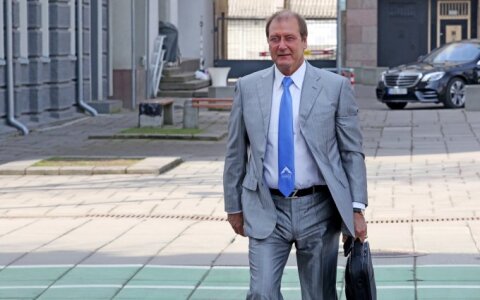 Viktor Uspaskich, the founder of the Lithuanian Labor Party, was elected as the party's new chairman at a congress in Kaunas on Sunday.

Uspaskich was supported by 408 party members in an open ballot, while one voted against and two abstained.

The Labor Party was electing the new leader from a single candidate after the party's acting leader Šarūnas Birutis and MP Valentinas Bukauskas withdrew from the race.