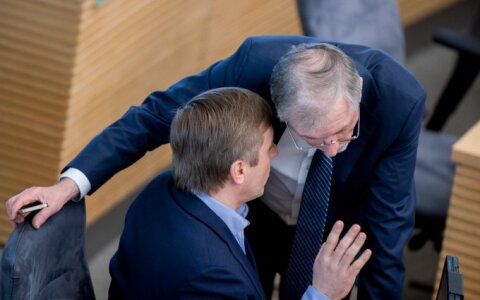 Ramūnas Karbauskis, the elder of the ruling political group of the Lithuanian Farmers and Greens Union, says that a new coalition agreement with the Gediminas Kirkilas-led Lithuanian Social Democratic Labor group would be harmonized and signed shortly.

Karbauskis said the signing would be more of a formality, saying there should be new conditions or positions in the coalition deal.

"Nothing will be revised, I mean there should be no changes in the leadership of the Seimas or the government. We will simply define our cooperation as parties