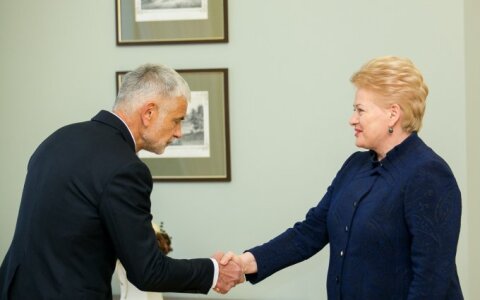 Lithuanian President Dalia Grybauskaitė says that Agriculture Minister Bronius Markauskas, who has recently come under criticism over his family's farming practices, can no longer remain in office.

"I think such a minister has neither the political nor moral right to stay in his post. He has lost it," she said in an interview aired by LRT Radio on Thursday.

According to Grybauskaitė, the minister's reputation would harm Lithuania's image in EU negotiations on agriculture financing af