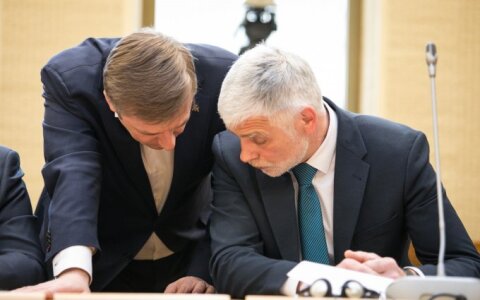 Ramūnas Karbauskis, chairman of the ruling Lithuanian Farmers and Greens Union (LFGU), sees no reason for Agriculture Minister Bronius Markauskas to resign amid criticism over his family's farming business.

Karbauskis said on Thursday that the situation surrounding the minister "was stage-managed".

"What happened is almost a political act, because the person who makes the biggest claims is a Social Democrat," he told BNS after a meeting of the ruling coalition's council.