Oro navigacija on flight operations in the Mediterranean region 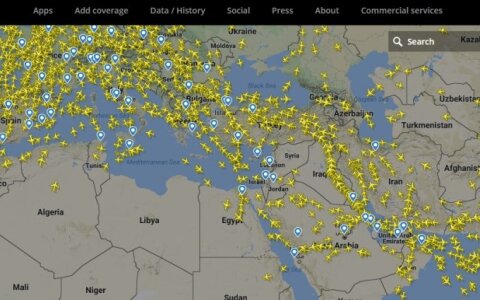 This morning Oro navigacija has received an alert notification issued by the European Aviation Safety Agency (EASA), saying that due to possible air strikes into Syria, airlines operating flights in the Mediterranean Sea Region might be obliged to take appropriate measures and change their planned air routes Oro navigacija said in a press release.

Oro navigacija receives all the latest information, and in response to the above-mentioned, informs the airlines intending to operate flights in the Mediterranean and the adjacent areas, as well as pilots, air traffic controllers in Lithuania and ground-handling companies operating in the Lithuanian airports. Air routes may be changed by airlines, if necessary.

Currently, flights from Lithuanian airports are being operated in accordance with the planned air routes.

Today not a single flight is intended to be operated from Lithuanian airports to the above-mentioned region.

State enterprise (SE) Oro navigacija is the only provider of the air traffic, aeronautical communications, navigation, surveillance and information services as well as coordination of search-and-rescue operations in the event of an aircraft accident or emergency in Republic of Lithuania. SE serves civil and military aircrafts in peacetime.

Oro navigacija on flight operations in the Mediterranean region