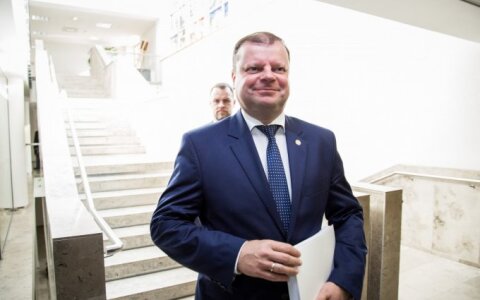 The Lithuanian Farmers and Greens Union (LFGU) paid incumbent Prime Minister Saulius Skvernelis and other members of the team nearly 65,000 euros during the 2016 parliamentary election campaign.

The Central Electoral Commission said on Tuesday that the party committed a violation by failing to specify the spending in a special report of the political campaign, adding that the offense was not major.

The conclusion was supported by nine members of the election watchdog. Vilius Semeš