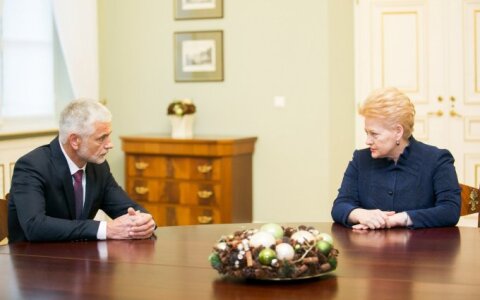 The shadows of abuse on Lithuania's Agriculture Minister Bronius Markauskas and his family discredit him and damages the reputation of the rest of the government, says President Dalia Grybauskaitė.

"The shadows of abuse falling on the minister and his family must be cleared. The doubts discredit the reputation of the minister and the government," Grybauskaitė said in a comment provided to BNS by per press service.