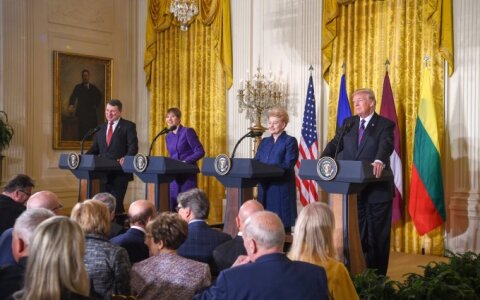 United States President Donald Trump used the visit of the three Baltic presidents for domestic politics, however, Lithuania, Latvia and Estonia managed to align their interests with those of the White House, political scientists say.

"As usual, the US president used the meeting with the Baltic leaders for the objectives of his domestic policy agenda, accentuating that the Baltic states earmark enough money for defense and (…) a potential in selling energy resources," Ramūnas Vilpišauskas, director of the Vilnius Universit