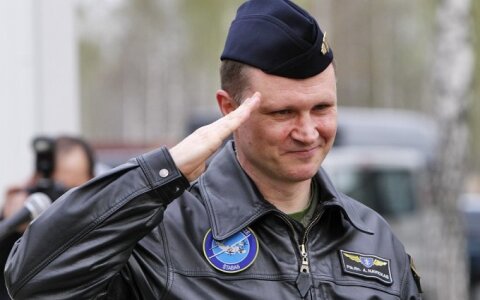 Audronis Navickas, former commander of the Lithuanian Air Force, seeks to be reinstated into the position after a court has found that his dismissal was unlawful.

Lithuania's Supreme Administrative Court last week heard Navickas' plea on the demand and will pronounce its verdict on April 11. The finding will be final and not subject to appeals.

The Defence Ministry has also turned the court with the plea, asking to annul the ruling of the court of fi