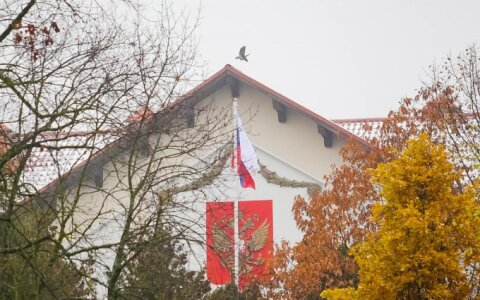 Three employees of the Russian Embassy in Vilnius who have been declared persona non grata in the country have left Lithuania.

"Yes, they left within the time frame we were given," the Russian Embassy to Lithuania confirmed to BNS on Monday.

Lithuania expelled the three Russian diplomats in sign of solidarity with Great Britain over poisoning of a former Russian spy.