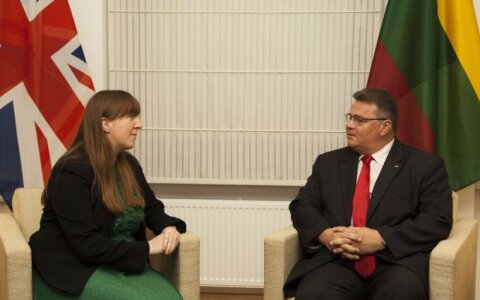 Britain is grateful to Lithuania for its solidarity over the poisoning of a former double agent and his daughter, the UK ambassador to Vilnius, Claire Lawrence, said.

She told BNS in an interview that Britain was starting consultations with Lithuanian businesses about bilateral trade between the two countries after the UK's withdrawal from the European Union.

According to the ambassador, Brexit is also opening opportunities for strengthening bilateral re