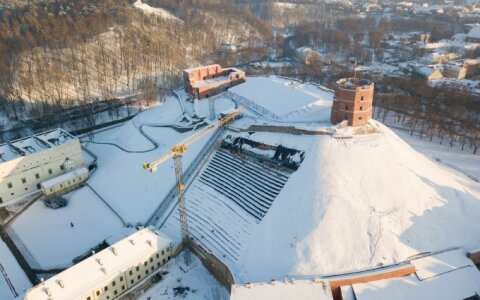 Vilnius' historic Gediminas Hill remains in a critical but stable state after the winter, with a risk of landslides at the base of the western slope and at a part of the southeastern defensive wall, an official said on Wednesday.

"The condition is considered as critical, but the situation is stable. We can say that the most hazardous sections have been stabilized," Deputy Culture Minister Renaldas Augustinavičius told reporters.

According to him, two sections remain at risk of landslides, including the lower part o